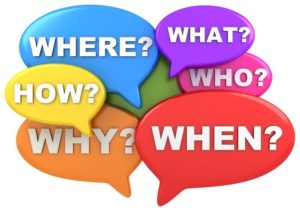 I’ll assume you’ve read part 1 of 33 questions to ask your wedding officiant and now you want to know what those last four questions are, so here we go!

30. How have you handled complicated family situations? I helped coordinate one rehearsal where the bride’s dad cheated on her mom with his secretary and wound up marrying his secretary, and they were all at the wedding rehearsal. Awkward!

I go into every rehearsal with a game plan and agenda, so I was able to move things along and keep people busy. That way they weren’t standing around, when they obviously didn’t want to be near each other. I’ve had several situations where there was infidelity, so I do my best to keep people moving around. I don’t want the vibe to get uncomfortable for the couple.

I’ve officiated a wedding just days after the bride’s dad passed away. That’s tough, so I did my best to honor her late dad’s memory and then lift her spirits by reminding her how amazing her romantic relationship is. My goal was to keep her from crying and make her smile, and laugh once or twice.

31. What’s the most moving or memorable wedding you’ve officiated? This is a fun question and there are several. One couple hired a professional cast of actors annually, to perform in their backyard for friends and family. This play was Roman themed and they had me dress up in a toga and walk out at the end of the play to surprise those in attendance by officiating a wedding! The couple didn’t want to make a big deal out of their wedding and didn’t want any gifts, so they surprised everyone and it was such a rewarding experience. Thank you Case and Theresa!

Surprise weddings are great. I had another recently, where it was supposed to be a joint birthday party for Katie and Drew, but turned out to be their wedding! Drew got on the mic to thank everyone for coming and then told the crowd that they’d been punk’d! I specifically recall the surprised expressions and then tears from some of their guests. The ceremony was so much fun. 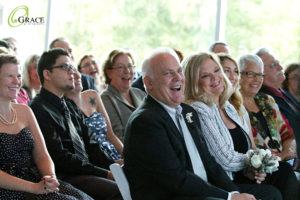 I had a gay wedding this past Sunday and it was one of my favorites. Gay weddings are normally quite laid-back and fun. Ron and Declan had been together for 20 years and finally decided to tie the knot and chose me! There was so much laughter. The guys had me tease them for being bald, which made me a tad nervous, but the crowd cracked up and everyone loved it. It was such a great time.

The day before the gay ceremony I just mentioned, Philip and Fabiola got married on a restaurant patio in Scottsdale. The place was slammed busy and twenty of us stood and gathered around, near a fountain. There were so many huge smiles and we all had such a great time. It was a shorter ceremony, around 15 minutes or so, but it was one of my favorites because Philip and Fabiola are deeply in love with each other and their guests were all so cool.

Officiating weddings truly is a blessing. I love it and have gotten good at it, so I usually get high fives and big smiles on the way out of a ceremony. People consistently tell me that my ceremony was the best they’ve heard and my ego loves that. I’m a spiritual dude, but still human! How many people get complimented and lifted up each time they go to work? I am truly blessed.

32. How do you handle unexpected noise or rowdy guests? For the first time in nine years of officiating weddings, a recent bride threw up during the ceremony. She came down the aisle with her mom and then barfed out of nervousness before I really said anything. She handled it like an absolute champ, but was certainly embarrassed nonetheless. The audio sample is below, so you can hear how I handled it.

Staying calm is key and acting like I’ve seen it before and that it’s no big deal. I instructed her to squeeze her toes inside her shoes to ground herself, we got her water and something to wipe her mouth with, I helped guide her into breathing slowly. You can read an article about how I handle situations like this here.

33. How long have you been officiating weddings and why did you get into it? I officiated my first wedding in June of 2007 and began to charge money for it in the beginning of 2008. I was crushed by health problems in late 2004 and after many drugs and medical procedures found that prayer and meditation are often more effective than Western medicine. That being said, I changed a lot and my best friend asked me to officiate his wedding. I went through the process to get ordained and while I was in extreme physical pain during his ceremony, got a lot of compliments afterward. My friends came up to me and told me that I’d found my calling. I began to advertise and became successful quite quickly because I offer something much different from the other officiants in town.

I went back to school to get a Master’s Degree in Metaphysical Sciences and began to offer premarital counseling as well.

Officiating weddings has been great for lots of reasons, but one that matters most is that I’m not on my feet for more than an hour and a half or two. Being upright has been a huge challenge for my spine. I’ve spent quite a bit of time lying down to alleviate pain over the last 13 years and can’t tell you how many times I’ve fallen down into my driver’s seat after a ceremony and burst out crying from the pain in my back and leg.

Fortunately, I’ve not contemplated suicide for a long time, but there was a period where one of the things that kept me alive was being responsible to the couples who’s weddings were on my calendar and coming up. My parents taught me to be a highly-responsible person and that turned out to save my life, but my health is improving! 2017 was my best year yet and I just know that 2018 will be even better!

It’s your special day and you want to have someone you relate to officiate your wedding. If you’d like to schedule a time to chat, please fill out my contact form and I’ll get back to you ASAP. Thanks! 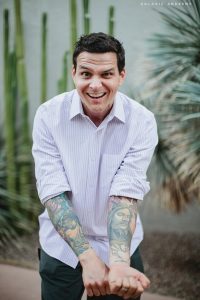 Top of the page

If you’re going to officiate a wedding yourself and need guidance, check out Matt’s Wedding Ceremonies.